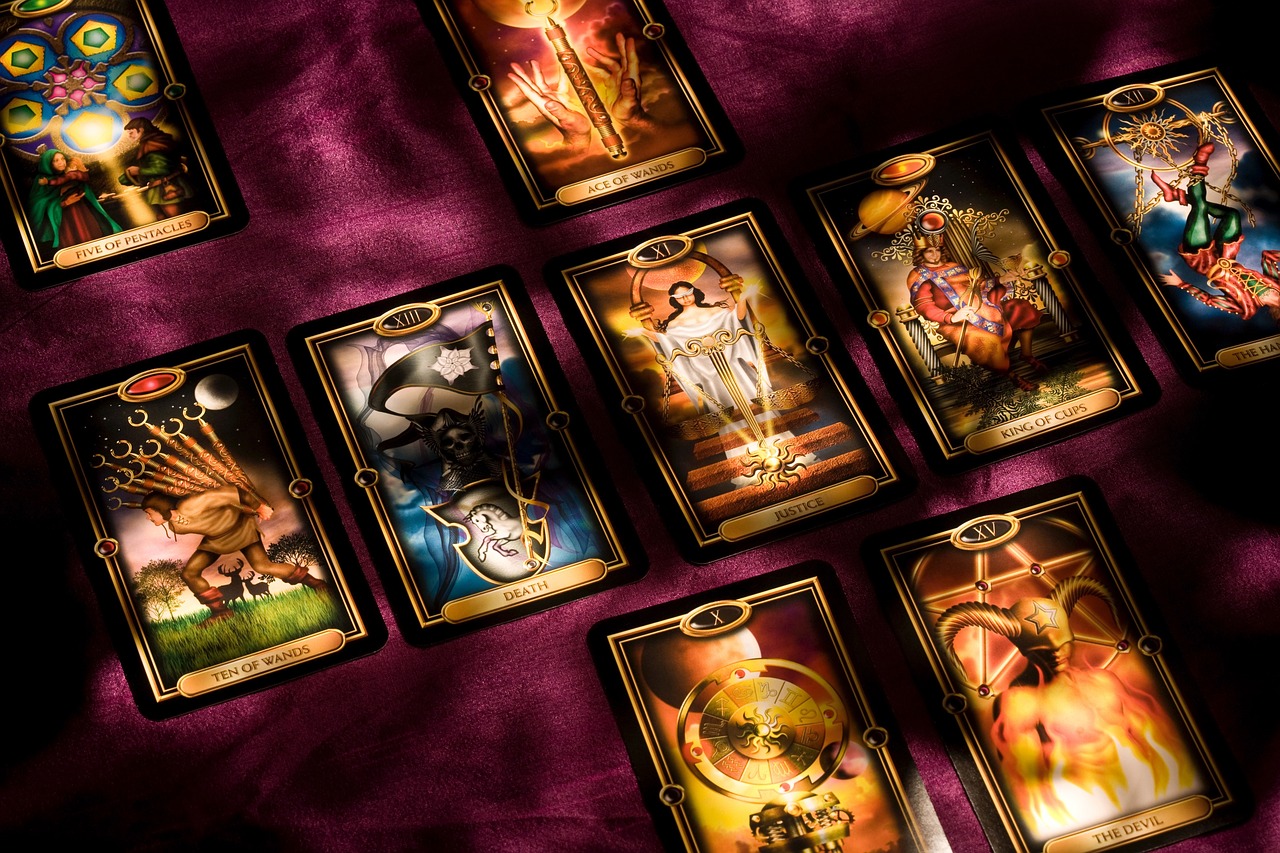 For many of us, tarot reading is associated with a woman in a red robe in a dark, candle-lit room—but it is more than that! If you are old enough, chances are you already know what tarot reading is. You might have come across free daily tarot reading websites already or have a friend who shared they have done a session of tarot reading. Regardless, this article will help you understand the art better.

Tarot reading is the practice of using tarot cards to answer questions, often about a person’s significant decisions, wishes or simple Yes/No questions.

Due to the interests of millennials to horoscopes and astrology, the tarot reading has become popular recently. Although, there are still many misconceptions about the artistic practice of tarot reading and a lot of it has to do with its “occultic” nature. We all know false ideas are dangerous and here’s to debunk some of them:

Tarot tells you the future

Tarot cards are commonly thought to have the power to tell you the future, and it does not. If you believe this, you also accept that your fate has already been written with finality and is fixed. Making this assumption also means that you agree that you do not have free will and not empowered to make any choices on your own.

Despite the card illustrations being straight forward, tarot cards are just symbols and not literal connotations. Tarot cards are symbols of wisdom—not destiny. For example, drawing a “death” card does not mean your death is near, but it suggests a drastic life transformation from which rebirth follows.

Tarot cards are not exact means to tell the future.

The tarot is accurate

The tarot is as precise as a 30-day weather forecast. It cannot say with 100% certainty what is going to happen (or not happen). Just like the Rorschach inkblots, tarot cards just unleash what is in your subconscious mind. The pictures of each card can depict what your physical, mental, spiritual state is at that time. This reflective effect is the reason why most people rely on free daily tarot reading websites in making decisions. But psychics say it should not be used as a definite choice-maker but rather as a guide to our daily lives.

Tarot readings are more of an indication of what your inner self is leading you to and what is happening currently in your life. Furthermore, the process of drawing the tarot cards deals more with helping you understand yourself; it does not predict what is going to happen in the future. Many tarot practitioners say it just awakens your inner self. It connects you to your real core: your values, your desires, and your spirituality. Indeed, it does not define what your destiny is.

“That’s made by the devil!”

Many historians have already theorized on the origin of the tarot cards, and we could say its history is as mysterious as itself.

Many people, especially religious folks, say that the tarot is an evil creation of the devil. This claim is as accurate as the belief that God made the bible. No one created the Bible—it is a collection of literature that evolved together with human existence, the same with the tarot cards.

Tarot scholars say it is a compendium of beliefs and cultures of the West, a book of wisdom disguised as a deck of cards.

Historians further say that its roots trace as early as the 16th century during the invention of the printing press. There are similar variations to the tarot deck such as the Italian tarocchini which still exists today but only as playing cards or ornaments. So merely saying that the devil made the tarot cards is entirely false. It was only in the mid-17th century that occult practices and ancient fortune-telling started getting connected with the tarot cards.

Tarot cards are easy to read

A tarot deck has precisely 78 cards which have two major divisions called the minor arcana and the major arcana. Arcana means secrets or mysteries. Like the regular playing cards you can find in casinos, the minor arcana deck has four suits. But instead of the standard suits of a typical playing card, a tarot deck has pentacle, sword, wand, and cup. Each card suit has cards numbered 1 to 10 plus the court cards which are king, queen, knight, and page with each card depicting the state of your daily life and routine.

On the other hand, the major arcana are numbered 21 to 22, not associated with any suit, and are commonly depicted by concepts such as temperance and justice through illustrations and pictures. Major arcana cards represent significant events that have substantial impacts on your life in the long term.

The pictures and symbols of the tarot are easy to recognize and are pretty straightforward. But, its meaning altogether is hard to decode. Finding the connection and story between the cards need some psychic abilities; hence, only experienced tarot readers do it. What is interesting about the tarot reading profession is that they have online learning programs at which you can enroll and acquire certification.